"Wave Your Flag" by K'Naan

Here's another great song!  There are two versions of this song.  One was made for the 2010 FIFA World Cup.  K'Naan also wrote a longer version which talks about how difficult it was for him as a child growing up in Liberia, in Africa, and about hope and freedom for all people.  Listen to, and watch, the first video, which is the 2010 version.  Then listen to it again and, in your notebook or on a piece of paper, write the missing words in the text of the lyrics below.  Then listen to the song again and again until you learn the words!  Then listen to, and watch, the second video.  Which one do you like better?

Lyrics- Listen to the song in the first video.  On a piece of paper, write which word belongs in which space.

"Imagine" is a song written and sung by John Lennon, who earlier was part of the rock and roll group, "The Beatles"-  The most popular music group EVER!!!  This song is about imagining a world in peace, where there are no hunger or greed, borders dividing countries, religious or national divisions, no material possessions, and no war.  Do you think one day the world might be like the one that John Lennon imagines?  John Lennon wrote this song in 1971-  more than 50 years ago!  People all around the world still love to sing and listen to this song.

Lyrics... where do the above words belong?

In your notebook, or on a piece of paper, draw something you did yesterday, something you are doing today, and something you will do tomorrow. Write "Yesterday was Tuesday", "Today is Wednesday" and "Tomorrow will be Thursday" under your drawings. 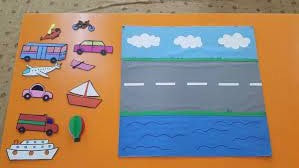 Listen to the song.  Read the missing words and the song lyrics. Listen to the song again, and try to figure out which of the missing words goes in which space.  On a piece of paper, write down the number of the space and the word that goes there.  Once you've got all the words, try to sing along, and keep practicing until you've learned the song!

Are Zoos a Good Thing?

There's a lot of disagreement about whether or not zoos are ethical.  What do you think?  Read the article, watch the video, and do the exercises, then write a short essay about your opinion, with an explanation of why you think zoos are, or are not, a good thing.  All parts of this project must be completed by Friday, January 14.

4) What do you think?
Now it's time for you to come to your own conclusion.  On a loose piece of paper, write a 1-page essay explaining why you think that zoos are, or are not, a good thing.  Don't forget to include your name, the date, and a title. Please send your essay to: capgeox@gmail.com, with the subject line:  "Ensayo de inglés para Nina".

Instructions:  Read the article, “Wired to the Counterculture”, about similarities between the modern “cult of the internet” and the 1960’s counterculture movement.  Seven sentences have been removed.  Look at sentences A-H below, and choose which sentence best fits in which gap in the text. Write the answers in your notebook or a loose piece of paper.  Then complete the activities that follow.  All parts of this project must be completed by Friday, January 14.

2) Missing sentences (there is one extra):

a)  in recruiting very young people to help guide its strategy
b) the world of the internet is, in its own way, today’s counterculture
c) the values which it embraced gained social currency and influenced life styles
d) the exclusion of older people from the new world of information technologies
e) fast is good, and brings you closer to the world of the mind
f) the youth protest movement which later led to the big student revolts
g) the Internet cult is a cult of youth
​h) a mysticism coloured by Eastern influences, particularly Buddhism

3) Vocabulary match:  Match each word with its definition.

​4) Now watch this video, made by students, about the counterculture of the 1960's:

Turn on, Tune in, Drop out: Counterculture of the 1960's
If you'd like to learn more about the historical precedents of the 1960's counterculture movement, check out this video too!  (click the button below)
Beatniks, Hippies and Free Love - The Counterculture
5) What do you think?
​You are the experts on youth internet culture!  Do you agree that the modern "cult of the internet" is similar to the 1960's counterculture, and that young people are using the internet to "drop out" of the ordinary world and create a more fraternal, communicative, and peaceful society?  Do you think the internet will in fact lead to the creation of this kind of society?  What do you think are the advantages and disadvantages of internet culture?  Write a response of about 1 page, and e-mail it to capgeox@gmail.com, with the subject line "Ensayo de inglés para Nina".